You keep your Amazon Echo (₹10,999 at Amazon) busy – it controls your smart home devices, plays your favorite music and even helps find your phone when you lose it. But sometimes even Alexa needs to have a little fun, too. Fortunately, there are tons of great games you can play with Alexa on your Amazon Echo.

Some of our favorites include games from TV shows like Deal or No Deal, where you try to select the suitcase with the most (fake) money. Another favorite is Song Quiz, where you pick a music decade, like the ’80s, and try to guess the tune playing based on a snippet.

Here’s a list of nine of the best Alexa games for your Amazon Echo and how to play them.

Are You Smarter Than A 5th Grader?

Just like the TV show, you answer questions to see if you’re smarter than a fifth-grader. It’ll start with a first-grade question, like “the cricket is an insect, true or false?” If you get it right, you’ll move on to a second-grade section and so on until you reach grade five. A fifth-grade question might be something like “In which state did the Salem Witch Trials take place?”

If you get any question wrong, you automatically lose and have to start over. To get started, say “Alexa, play Are You Smarter Than a 5th Grader.”

If you’ve ever wanted to try an escape room, then Escape the Room is a good start. You’re given five locations to choose from – jail cell, office, car, spaceship or garage – and the goal is to escape.

You’ll be given puzzles that you have to solve to get out of the room. For example, you may have to inspect a circuit breaker and connect the colored wires in a specific order. To get started, enable the skill in the Alexa app and then say “Alexa, play Escape the Room.”

Song Quiz is great whether you’re alone or have a few friends over. If you’re playing alone, Alexa will find another player for you to battle with. Start by selecting your favorite music decade, like the ’70s or 2000s (pick a category you’ll know well).

Alexa will then play a fragment of a song and you’ll have to guess the artist and title. If you only know one of the two, then you’ll only receive half the points. You’ll hear six songs total and then go into a bonus round. The player with the most points wins.

The goal of this game is to think of an animal and make it through the 20 questions without Alexa guessing what you chose. For example, if you’re thinking of a giraffe, Alexa may ask you if it has a long neck or if it lives in grasslands.

You’ll want to think of something that’s hard to guess. I was thinking of a koala and Alexa never guessed it. Say “Alexa, play Twenty Questions” to get started.

Deal Or No Deal

When you start playing Deal or No Deal, you’ll start by choosing one case out of 22. Then you’ll go through three rounds where you’ll select a number of suitcases to open (just like the TV show). The goal is to open the cases with the least amount of money. At the end of each round, the banker will offer you an amount that you can either accept or say “no deal” to continue.

You obviously want to end up with the $1 million suitcase, but $400 thousand is just as good, right? To play, say “Alexa, play Deal or No Deal.”

You finally have a chance at Jeopardy! With Alex Trebek as your host, you’ll go through a series of clues followed by questions — and some are tough. And just like the game show, you’ll need to answer in the form of a question, such as “What is…” and “Who is…”

You’ll get new clues each weekday, to give your brain a workday workout. When you’re ready to begin, just say “Alexa, play Jeopardy.”

The Magic Door is an adventure game that lets you choose from three scenarios — the mountains, sea or a dark forest – to find a magic door. Once you make a selection, you’ll start your journey. Alexa will walk you through the path, giving you details about what’s ahead, and will ask if you would like to get out of there or keep going. Keep going to continue the story to the end.

Throughout the game, you can collect hidden items, solve riddles and help magical creatures. To start playing, say “Alexa, play The Magic Door.”

If you’ve always wanted to own a lemonade stand, then now is your chance. Lemonade Stand starts you off with $5 of game money. Alexa will let you know what the weather is going to be like — for example, it may be warm and sunny or cold and rainy. Note that you won’t sell many when it’s cold and rainy.

To use this, you’ll need to grant permission in the Alexa app and then tap Enable To Use.

If you’re a Batman fan, you’ll enjoy playing The Wayne Investigation. In this game, you’ll investigate the murder of Bruce Wayne’s parents. Start by listening to the story-line and making decisions based on what you hear. You’ll pick up objects for clues and speak with characters to find out more information on who may have killed his parents.

If you make the wrong choice by following the wrong character or looking at the wrong object, Alexa will let you know so you can try again. To start investigating, say “Alexa, open The Wayne Investigation.”

What’s your favorite game to play on the Amazon Echo? Let us know in the comments. Shamnad T March 14, 2020
If you’re a runner, you know that not every set of headphones will work, whether you’re completing miles on the track or around town. If you want to listen to your music or podcasts while on the move, you need headphones that are sweatproof, lightweight, and offer great sound. No matter if you’re a pro […]
Read More

Shamnad T March 13, 2020
Your Amazon Echo has been a helpful tool around the house – it turns off your lights when you forget to, make calls when your hands are full and quickly orders necessities for you when you’re in a hurry. Now Alexa has four new features that you can try on your Amazon Echo ($60 at […]
Read More 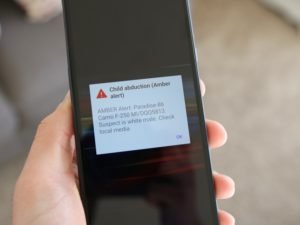 Shamnad T March 12, 2020
Every so often or frequently, depending on your tolerance level – you get an emergency alert on your phone. That horrible blaring of the emergency tone, the buzzing the vibration motor, and then the grim news. Someone’s missing. Or there’s a severe weather alert headed your way. Suddenly and without warning, your phone’s scaring the […]
Read More 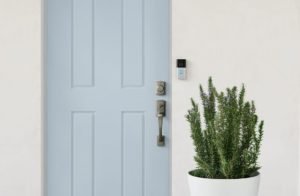 Shamnad T March 12, 2020
Ring, Amazon’s smart home security brand, on Wednesday added two battery-powered doorbells to its roster – the $200 Video Doorbell 3 and the $230 Video Doorbell 3 Plus. While they look similar to Ring’s previous offerings, the company says both models have “improved motion detection.”  The Video Doorbell 3 Plus in particular comes with a feature […]
Read More